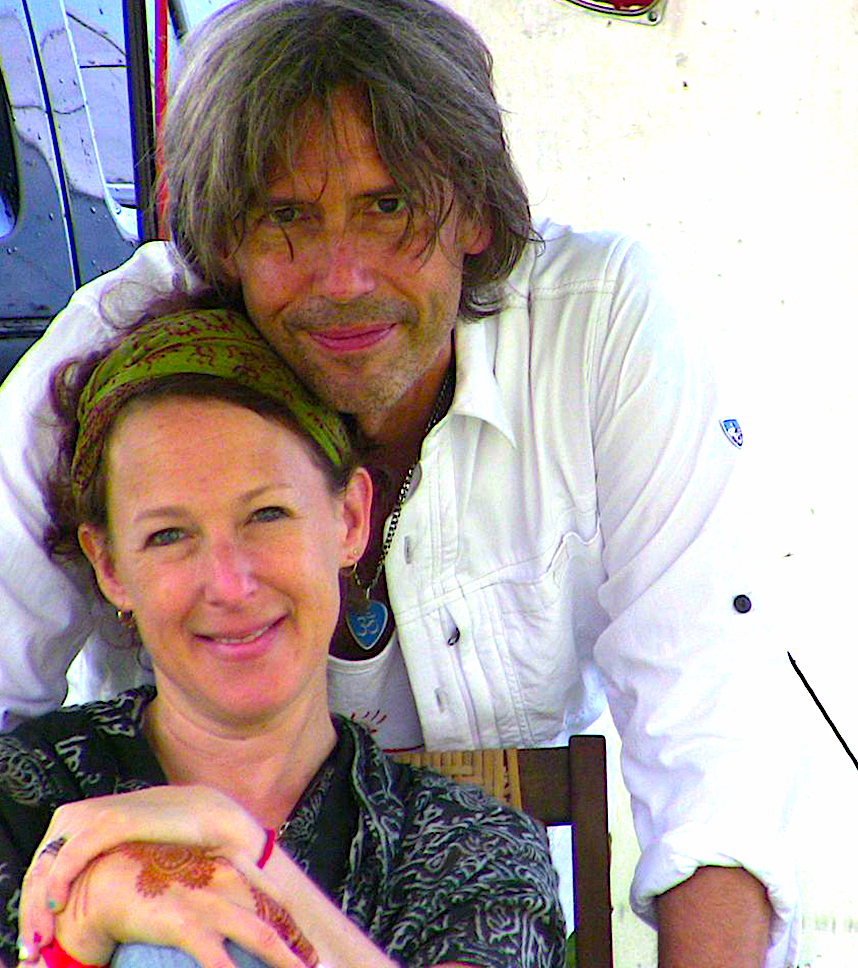 It is beneficial for a yoga teacher to be connected to a lineage of teachers who uphold the traditional and authentic practices of yoga.

A Lineage connects you to the source, to tradition.

It is in tradition that energy is emitted.

This energy flows from teacher to student - transmitted as wisdom. We are blessed and forever grateful for our lineage of devoted and compassionated teachers.

Thank You. We love you.

Often referred to as "the father of modern yoga," and "the teacher of the teachers," Krishnamacharya is widely regarded as one of the most influential yoga teachers of the 20th century.

We have been initiated into the lineage of Shri Krishnamacharya through our teacher Mark Whitwell.

Mark studied directly with Krishnamachraya as well as with his son, TKV Desikachar, author of The Heart Of Yoga.

We received blessings from Mark Whitwell in 2011, as certified Heart of Yoga Teachers, to transmit the yoga teachings of Krishnamacharya. 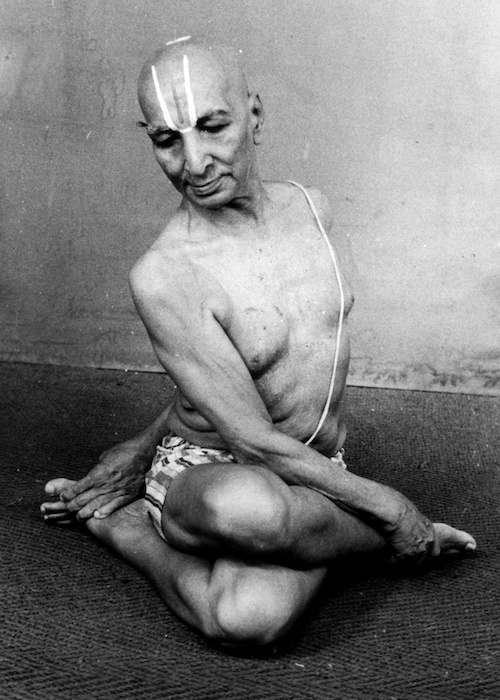 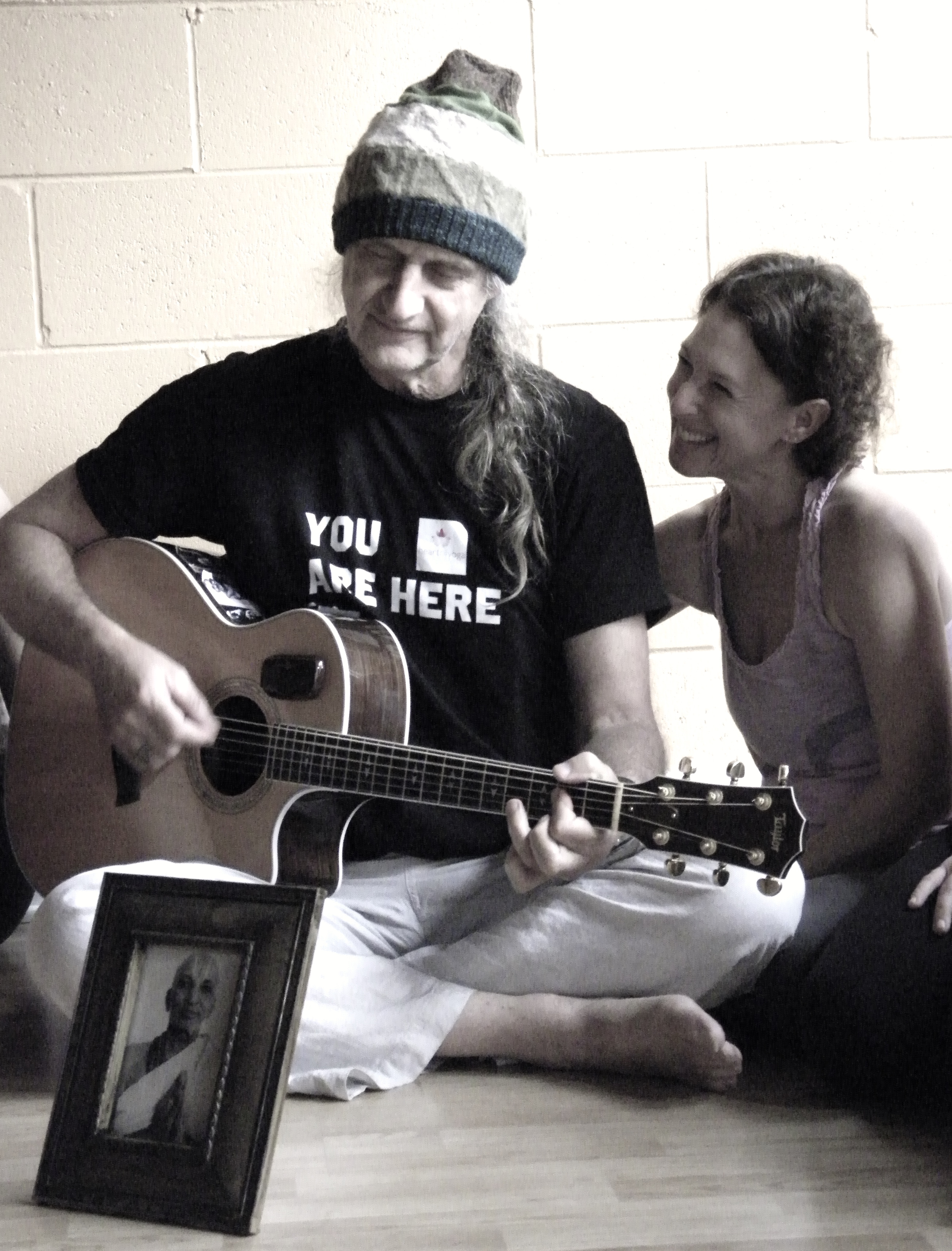 Mark spent decades studying in India with his teachers Krishnamacharya, known as the “teacher of the teachers,” and his son T.K.V. Desikachar. A true keeper of the traditional teachings of Hatha Yoga, Mark is one of the most loved and respected Yoga teachers in the world. Mark combines asana, pranayama, meditation, sincere discussion, Vedic chanting, and Indian classical sitar music in one seamless experience.

Sri K Pattabhi Jois (Guruji) was born in 1915 in the South Indian village of Kowshika. His father was an astrologer and priest. When Pattabhi Jois was twelve years old, he attended a demonstration and lecture given by Krishnamacharya.

When Guruji saw the yoga demonstration, he was immediately inspired to take up yoga practice. Guruji moved to Mysore to study at the Sanskrit college where he became a professor and was invited by the Maharaja to start a Yoga department. He continued his studies with Krishnamacharya for 25 years and was instructed by him to teach according to the method described in the Yoga Korunta.

Guruji continued to do this for more than sixty years. He left his body May 18, 2009.

Durga Devi and Shiva Das brought him to House Of Yoga in 2005 for a weekend intensive on the Primary Series, Pranayama and Mantra. 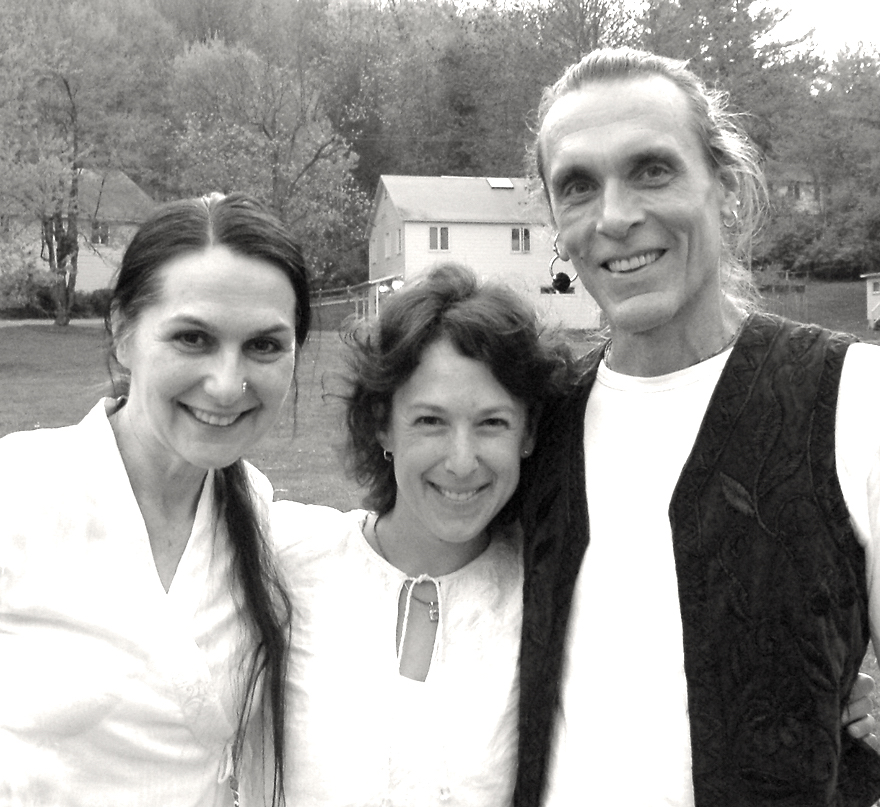 David Life is a certified Advanced Level II practitioner of the Ashtanga system of Shri K. Pattabhi Jois. He and Sharon have studied yoga around the world with many teachers including gurus Shri Brah- mananda Sarasvati, Shri Swami Nirmalananda and Shri K. Pattabhi Jois. David spent several years as a sannyas (renunciate) of a lineage of yogic monks in India. He has received Kalachakra and Bodhisattva initiation from His Holiness the 14th Dalai Lama.

Durga Devi completed her Jivamukti Teacher Training with Sharon and David in 2005, and received their blessings to teach Jivamukti Yoga. 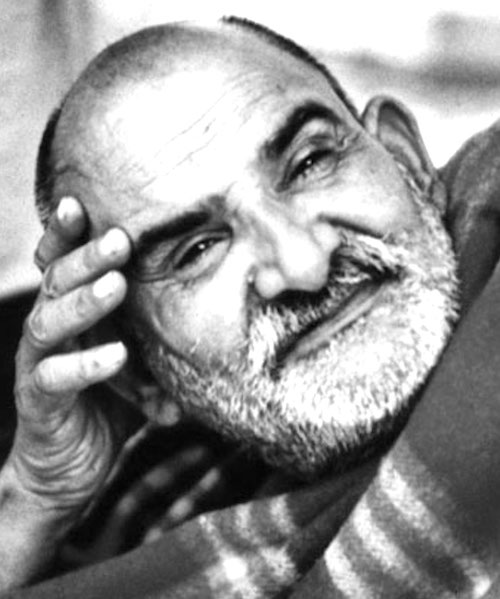 Maharaji, is a Hindu saint and guru, as well as a devotee of the Hindu Deity Hanuman.

Some say Maharaji was Hanuman, he was always chanting Ram, Ram, Ram and his diaries were filled with only the name of Ram.

He was also know as the Miracle Saint as he performed many miracles on a regular basis, including being in two places at once, and transforming small amounts of food into massive amounts to feed everyone who was present.

His teachings that his students Ram Dass, Bhagavan Das and Krishna Das (our teachers) brought back to us in the west are:

The names of our teachers are all names for God, Ram, Bhagavan and Krishna with "Das" meaning to SERVE.

and Taos, New Mexico, US. 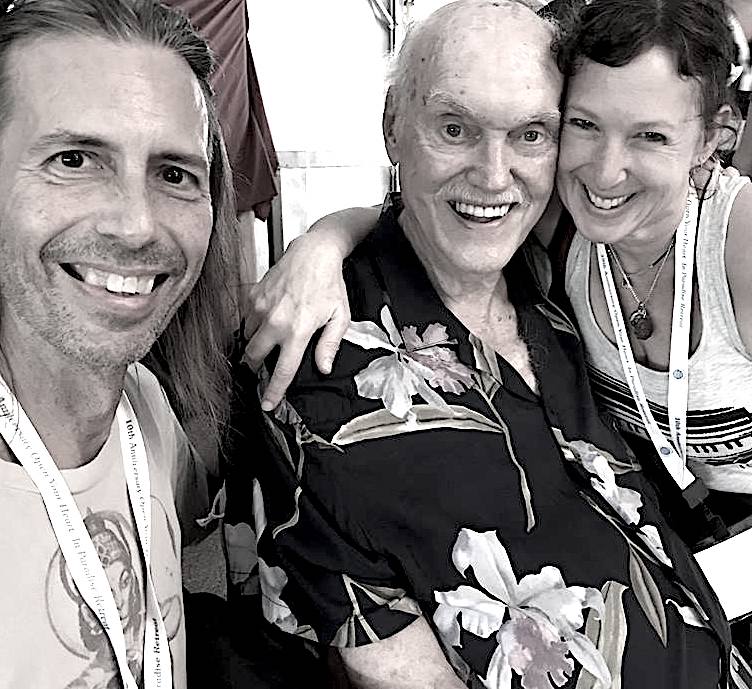 Ram Dass, was an American spiritual teacher, psychologist, and author.

His best known book, Be Here Now, has been described as "seminal", and helped popularize Eastern spirituality and yoga in the West.

We first connected with Ram Dass in 2003, after watching Fierce Grace.

We asked him if there was anyway we could offer assistance.

Durga Devi ended up designing CD covers for his collection of talks via "The Ram Dass Tape Library.

In 2007 we had a "Heart to Heart" private session via Skype, where he guided us in our roles as Yoga Teachers and Studio owners with the words,

“You are bringing souls to God, You are Hanuman.”

We were blessed to be with him in Maui in 2017 and received direct transmission of Maharaji's love. 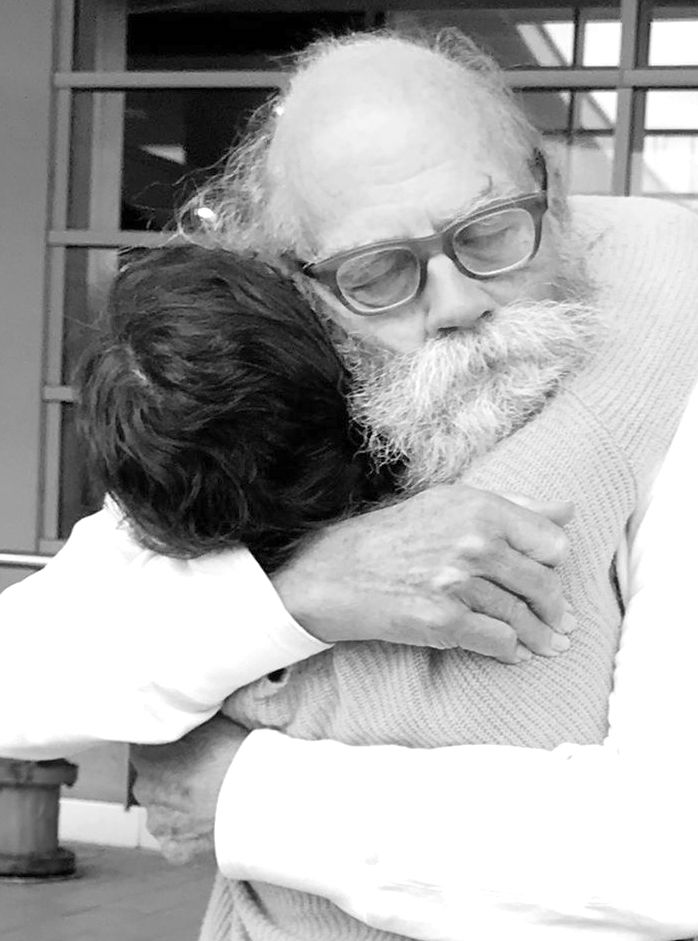 Bhagavan Das is a bhakti yogi a shakta tantra adept, and kirtan singer.

As a young man he was one of the first Western initiates/devotees of the  Neem Karoli Baba as well as the first American to meet Kalu Rinpoche of the Shangpa Kargyupas lineage.

He has received Vajra Yogini initiation from the Sixteenth Karmapa Rangjung Rigpe Dorje of the Karma Kagyu lineage and Chögyam Trungpa Rinpoche, the 11th Trungpa Tulku.

During the almost seven years he spent as a wandering sadhu in India, Nepal and Sri Lanka, he received numerous initiations and teachings from saints and sages including A. C. Bhaktivedanta Swami Prabhupada,

and Tarthang Tulku of the Dudjom Rinpoche lineage.

Bhagavan Das traveled widely throughout the world as a performer of traditional and non-traditional Indian bhajans and kirtans.

We have had a ten year plus relationship with Bhagavan Das which includes intense study and time with him in Woodstock, New York and Mt. Shasta California. We have hosted Bhagavad Das at House of Yoga for Kirtans, Nada Yoga Workshops and Satsangs. 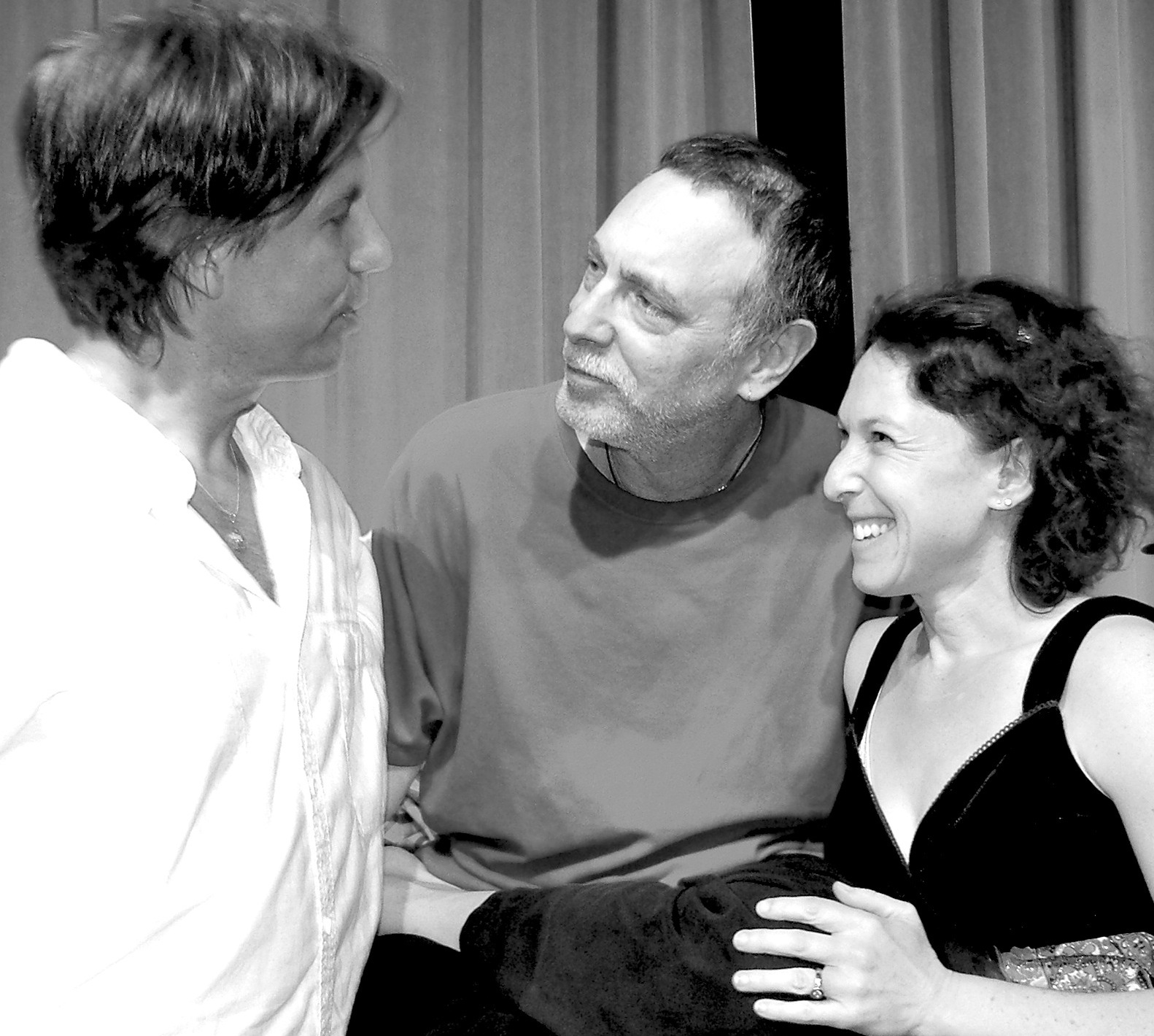 When Maharaji instructed Krishna Das to return to America, Krishna Das asked him "how will I serve you in America?" Maharaji told him to sing to him.

Krishna Das started chanting Kirtan at the Jivamukti Center in New York as an offering.

His devotional chanting has taken him across the world and has opened the hearts of thousands and connected them with Maharaji.

We have since been with him in Woodstock, NY, YogaVille, VA and Maui at Ram Dass' Retreat.